Why is Laravel always a great choice?

Laravel is a well-known, open-source free PHP web framework, initially envisioned and created by Taylor Otwell. From the start, the software was intended for web application development, in particular for those which follow the MVC architectural pattern (or model-view-controller pattern) based on Symfony (another web application framework).

Laravel sports quite a few great features like a modular packaging system along with Composer, a dedicated PHP language dependency manager. It also lets you access relational databases in different ways, and utilizes features that help in maintenance and application deployment.

Simply put, Laravel is a web framework that helps you build new applications for the web, including such things as APIs or web services. What it helps you with is building re-usable components and performing daily tasks with more ease for web applications which make operating and maintaining them easier.

That being said, Laravel is an internationally popular PHP framework software used for both small and large projects. Professional developers usually praise Laravel across the globe because of its reliable performance, great features, and scalability.

As said before, the software follows the well-known MVC structure, which generally makes it a lot easier to start creating and after that, maintaining the functionality of web applications. It also provides great built-in features like authentication, sessions, routing, and mail just to name a few. All these handy characteristics and features make Laravel a fairly practical piece of software developers should master and use.

A short history and the different Laravel versions

The beginnings – as mentioned before, Laravel was created by Taylor Otwell and it was released in June 2011. Otwell initially wanted to come up with an alternative to Codeigniter (another framework software), with more advanced features like built-in support for user authorization and authentication.

The beta version and Laravel 1.0 were released in the same month and both of them featured built-in support not just for authentication, but also for models, views, sessions, localization among other mechanisms. The only problem of the initial release was the lack of controller support. This basically meant that Laravel wasn’t a “true” MCV framework.

Laravel 2.0 – The second version of the software was released in the same year, in September. The improved version presented various new features like controller support making Laravel a true MVC-compliant software. It also featured built-in support for the IoC principle (inversion of control) along with a templating system known as Blade.

Developers agree that the biggest downside of Laravel 2 was the removal of third-party packages.

Illuminate a.k.a. Laravel 4.0 – The fourth version debuted a year later in May with a totally new image in the form of a complete framework rewrite. This meant that Laravel migrated its layout into separate package sets distributed through Composer, a package manager on the application level. This move improved the latest Laravel’s extensibility. The new version of the software also featured database seeding, support for message queues, along with supporting different types of email, and delayed elimination of database records (also known as soft deletion).

Laravel 5.0 – Released in February 2015, with a few internal changes that caused the renumbering and the fresh new release instead of the planned release of Laravel 4.3.

The fifth version also introduces an array of great features such as Scheduler, which enabled the scheduling of tasks that would be executed periodically. File System, an abstraction layer was also introduced. This allows the user to utilize remote storage in the same fashion as local file systems.

This version also introduced Elixir, which made the handling of package assets much simpler. Also, the optional Socialite package made externally handled authentication a lot easier.

Laravel 5.1 – Introduced in June 2015, the first version release of the software to be given long-term support.

Laravel 5.3 – This version was released in 2016, August and developer speed was improved along with improvements for common tasks that were accessible instantly.

This version also saw the removal of the frontend scaffolding which was moved into the laravel/ui package from the main one.

What are the key Laravel features?

Laravel was created out of the necessity to stretch the boundaries of what older pieces of framework software were capable of and to make the daily task easier. These features can be regarded as Laravel’s highlights and they are not categorized in any specific package-related order.

As such, Laravel always focused on features that would make development simpler, applications more reliable and complex, yet simple to navigate at the same time. 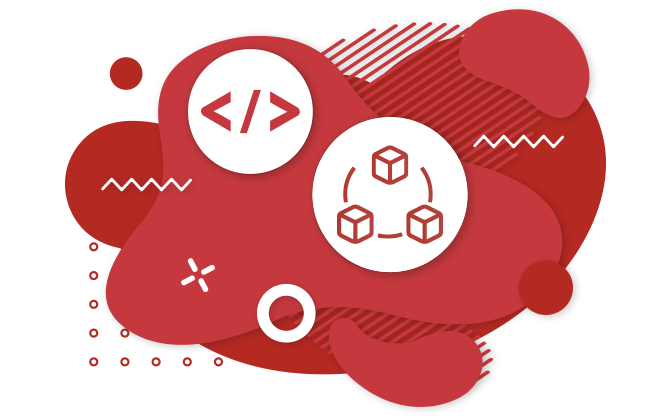 Ready to use first-party packages

SHH or Secure Shell was the first package, introduced in Laravel 4.1 and it allows for the execution of CLI commands on a programmatic level on remote servers. In this instance, SHH works as an encrypted network protocol.

Cashier was the second package released for Laravel 4.2. It’s an interface for managing different features such as handling coupons and generating invoices and other subscription billing services that are provided by Stripe.

Scheduler was introduced in the fifth release of Laravel and it is an addition to Artisan that allows task scheduling for periodically executed tasks relying on cron daemon and Artisan.

File System arrived at the same time as Scheduler and it is a file system abstraction layer allowing developers to use multiple file systems like local and cloud-based storage in the same way and transparently.

Socialite released for Laravel 5.0 was an optional package that broadened the framework’s already well-known authentication features even further by allowing authentication with different OAuth providers, like GitHub, Bitbucket, Twitter, Google, and Facebook.

Artisan, Laravel’s CLI (or command-line interface) was first introduced with Laravel 3, however, it only featured limited capabilities. Later on, after Laravel’s platform has moved to a Composer-based architecture, additional features were added to Artisan in Laravel 4, thanks to the incorporation of different Symfony framework components.

Artisan’s features are mapped into different subcommands thus providing a great level of functionality when it comes to building and managing web applications.

The CLI is most commonly used to manage database migrations and seeding, generating boilerplate code for new migrations and controllers (the first can be especially useful since it means that developers don’t have to create proper code skeletons).

Another popular feature is the option to expand the capabilities by creating and implementing custom commands like automation for recurring tasks.

The fourth version of Laravel depended on different external packages to operate properly and that is why Composer was introduced, to function as a dependency manager. This PHP dependency manager made setting up new projects a lot easier since there was no need to remember URLs or to download zip files. Only with executing just a couple of commands, developers are ready with setting up the project with tall the dependencies required.

Why is Laravel so popular?

Another main reason for Laravel’s popularity has to be its enormous development ecosystem with handy features, such as routing, ORM, instant deployment, DB query and Templating just to name a few. The software also sports a lot of other outstanding features and packages which make it stick out from the crowd of other framework applications.

All in all, it lets developers build web applications much faster, with more ease, in an ecosystem where there are very few technical vulnerabilities and with higher security and error handling.

So far, professionals all around the globe have praised the framework software for its smoothness, simplicity, a range of tools that allow them to create cutting-edge and highly functional web applications and overall capabilities that can save time and allow them to troubleshoot errors in time.

Beyond the digital realm

The developers of Laravel also host the official Laravel conference, called Laracon, which is centered on the software, covering different topics ranging from development to uses and other general topics from the software development industry.

So far, It has been mostly held in the US and Europe, apart from 2017, when it was on exclusively online events and 2018 when the conference was held in Australia.

With a lot of different framework packages on the market, it’s safe to say that framework developers need to adjust to changing trends, ever-evolving mechanisms and meet the demands of developers. In these regards, Laravel has met generally positive reviews. Developers, in general, praised the framework’s performance, simple-to-use interface, and testing features which make going back to the drawing board fairly easy. Also, they’ve mentioned that the abundance of packages can make working with Laravel fast and easy. Some also praised the inbuilt packages like the Cashier, Scheduler, Authentication, and Socialite to mention just a few.

Also, developers spoke highly of the abundance of resources and packages available for Laravel. With its Composer compatibility and integration features, resolving dependencies is reliable and easy. Laravel also allows for standardized development. Among the cons, some, less experienced developers have noted that to be efficient with Laravel, one has to have a good understanding of programming in general and being familiar with different packages. That being said, it might not be suitable as a starter software for those who have only been working with CMS platforms like WordPress. Also, others have noted that shared hosting is difficult with Laravel. This is also true since its structure wasn’t designed with shared hosting in mind, but it can also work on that principle.