Billboards get seen by a lot of people; they communicate visually and make the space more dynamic, conveying a strong message to the observer. 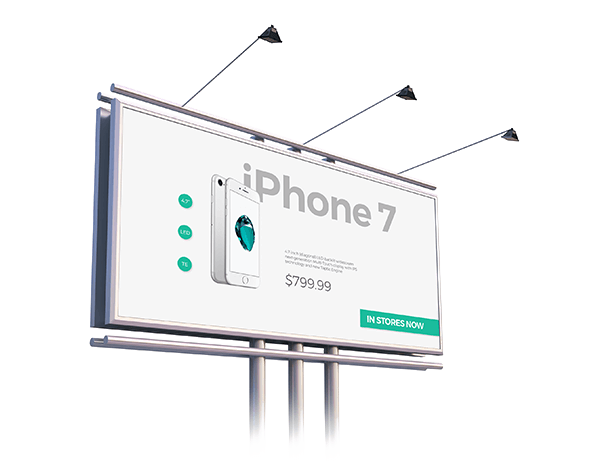 Billboard advertising is a large-size outdoor advertising space aimed at capturing the attention of passers-by. It is usually placed in high traffic areas, near traffic routes and motorways, or, more recently, in sideways and pedestrian zones proximity. If placed in the city, it is usually at its busiest loops.

The most important element of billboards is that they transfer the short form message that can easily appeal to passers-by. Although it bears a poster resemblance, billboard advertising has the advantage of a larger size with reduced and effective message.

Attract attention with a billboard

A billboard is there to attract attention of a prospective buyers, to raise interest and, in the end, to result in a purchase. Billboard comprises numerous printed sheets (of paper) that connect on a solid plate to form a whole.

What recently emerged are one-piece billboards smaller in size than the conventional ones, and placed in glass frames, hence weather-proof. Based on our experience and your innovative ideas, PopArt Studio’s team creates billboards with effective slogans and striking visual effects that catch the attention of passers-by and spark off their reaction.

Billboards design takes longer than with posters because, although they bear similarities, billboard is a larger project (regardless of format) which requires more work. The final result is that a billboard leaves a significantly more powerful impression on its intended target audience, in comparison to a poster’s slightly limited outreach. If you want to learn how we can turn your billboard ideas into reality and how effective they are in terms of your business progress, order billboard design now!