Bitcoin is no longer among the most influential tech buzzwords, and it’s losing its grip on the market of cryptocurrencies. Ever since the pandemic started, blockchain started positioning itself as the technology of the future.

The global blockchain market will reach USD 57,641.3 million by 2025, registering an outstanding CAGR of 69 percent from 2019 to 2025. It has become one of the most disruptive technologies in the past two years, coming close behind artificial intelligence and machine learning.

For instance, 20 percent of IoT tech had blockchain-enabled services in 2020 because it can enhance data exchange security between IoT and linked devices. But this technology is beneficial for multiple industries.

The banking sector could generate up to one billion USD in revenue from blockchain-based cryptocurrencies. But the financial industry is the most prominent investor in this tech, with a market share of 46 percent.

Moreover, the healthcare sector will spend over five billion USD by 2025 on integrating blockchain. This technology will revolutionize many industries by making them more transparent, secure, and efficient.

That explains why blockchain is among the top ten hard skills, and these developers are in high demand. The most wanted job roles are engineering, operations, marketing, design, sales, and customer support.

The global demand for blockchain developers increases by 500 percent yearly, making this one of the most prosperous professions. If you’re interested in taking this path, here’s what you should know about it.

Blockchain technology is a distributed database that stores information digitally and maintains a decentralized and secure transaction record. Its principal advantage is that it’s impossible to hack, cheat, or change the data storage system due to the immutable cryptographic signature called hash.

As a digital ledger of transactions (DLT), blockchain detects if someone tampered with a single block because hackers would have to alter every block in the chain across all distributed versions. Thus, it removes central authority from the equation and establishes trust and fidelity.

According to Insider Intelligence, this technology allows users to efficiently and securely create a tamper-proof log of sensitive activity, making it ideal for money transfers and international payments. However, it could also improve capital markets in the future.

How are Blockchain and Bitcoin Different?

Even though they often overlap, blockchain and bitcoin aren’t interchangeable terms. Bitcoin is a virtual currency that leverages peer-to-peer tech for transaction management instead of central authorities and banks.

But it’s not enough the understand the difference between blockchain and bitcoin to become a blockchain developer. You should first obtain the necessary knowledge and skills to feel confident in this role and be competitive in the labor market.

How to Become a Blockchain Developer?

A bachelor’s degree in information technology, computer science, or computer software is necessary for becoming a blockchain developer. Although it’s not a prerequisite to start with extensive experience, it’s beneficial to understand the fundamentals.

Otherwise, you could struggle to understand the blockchain technology architecture and create a cohesive system from individual components. Proficiency in relevant programming languages is also necessary for success in this field and to perform your tasks without hassle.

Here are the abilities you should have to work in blockchain.

Therefore, it’s a continuously expanding list of well-secured records. Thanks to cryptographical protection, blocks join the existing ones without integrity or privacy issues.

Every blockchain developer should understand the way hash maps, linked lists, binary search trees, and graphs work to build an efficient and secure system. But you should also know how algorithms function and have a vast knowledge of Python, C++, C, C-Sharp, Scala, and Java.

Cryptocurrencies can’t work without cryptography, making cryptography one of the elementary requirements for becoming a blockchain developer. As an internet security technique, it turns data into code using the encryption process.

Because of that, it’s advantageous if you’re an abstract thinker and have good math skills. That would help you have an easier time understanding block ciphers, encryption, and how to implement blockchain in business.

Consider how comfortable you are with calculus, algebra, statistics, and data analysis.

It’s necessary to be familiar with smart contracts, consensus, and what makes blockchain a ledger. Start by understanding the three forms of blockchain architecture.

Blockchain developers usually have tasks that center around web app development. In fact, blockchain is one of the leading technologies in the future of web app dev. Because of that, it’s crucial to understand how to design, build, and program these applications.

As a result, you’ll learn to develop decentralized apps (DAPPS) that people with no blockchain skills and knowledge can use.

A smart contract is a self-executing program that sets the terms of the agreement. As a result, two users can exchange services and products without relying on a third party.

These contracts only finish after both individuals and organizations fulfill their part of pre-determined conditions. They’re applicable in various industries, including law, banking, and construction.

Learn the concept of distributed ledgers and how they work. But also research peer-to-peer networks to gain an in-depth understanding of computer networks.

Moreover, you should be familiar with the Byzantine fault-tolerant consensus and how connecting computers enables blockchain to process power.

Although web development knowledge helps you understand decentralized apps better, you should spend some time discovering where you can build them and what makes them efficient. For instance, Ethereum, EOS, and NEO are the most influential DAPPS.

If you have experience with these platforms, you only have to learn how things work in the background.

Blockchain developers have highly sought-after skills and rarely have a hard time finding jobs with competitive compensation. Companies across industries seek talented individuals to fill this job role, and their demand will continue in the years to come.

If you want to become a blockchain developer, your journey might be challenging and require focus, practice, and research. But it will reward you with job security and knowledge that can help you shape the future of technology. 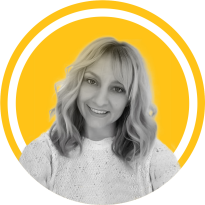 As a journalist and content writer, Tina uses writing to interpret the world around her, identify trends, and play with ideas. She finds inspiration in technology, marketing, and human resources and aims to leave lasting impact with her words.

The Blockchain Explained to Web Developers