Iphone fans cant wait to see new Iphone 6 in stores, but we'll have to wait to see it in free sale atleast untill fall 2014.

We had a chance to see and test new Sapphire Crystal Display, straight from the assembly line, which will take us to the new level of quality and endurance.

It is much better than Gorilla Glass display or any other screen display that you could find on the market these days for your smartphones or tablets, because it is apsolutely resistant to scratching, punches, or even stabbing, so it will no longer be problem carrying it in the same pocket with your keys, sharp objects, or even a knife (but please don’t carry knives on the street).

Main differences in which Sapphire Crystal Display is that much better than any other display are its amazing opacity, that previously Apple used only for camera lences, to be able of taking pictures and videos of high quality.

Another thing is its endurance. At start, it doesn’t look so strong, but after all tests made, it have shown itself truly remarkable. We were hitting it using a lot of strength, scratching it with keys and other sharp objects, even stabbed it with knife, but no use. There were apsolutely no scratch left on it at all, and that leaved us speechless. The only thing left on it were some dust, and fingerprints.

Next to all this advantages, it’s incredible thin, literally like a piece of paper.

Because it wasn’t attached to a Iphone, we weren’t able to test it by dropping it on the floor. or corner impact test to see would it shatter, but from our point of view, it seems almost impossible to brake it, or scratch it, no matter how much you try. We are impressed with Sapphire Crystal Display quality, which will probably raise game to another level in using and keeping your smartphone safe.

Just watch this video by yourself

According to survey of 4109 american consumers made from Change Wave Research, Iphone 6 is the most anticipated smartphone ever, and it is expected to easy overcome Iphone 5 and Iphone 5S with it’s performance and design.

Because of its larger screen, it will have bigger resolution, and its assuming to be 1704 x 906 with pixel density of 416.

Also, there are rumors that the Iphone 6 will be the first smartphone using iOS 8 with 128 GB of intern memory, and that will be thinner than its older brother Iphone 5 that is 7,6 mm. Its assumed that Iphone 6 will be somewhere between 6 and 7 mm. 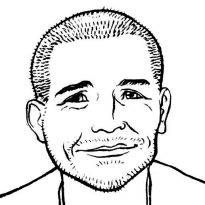 Difference Between Wireframes and Prototypes