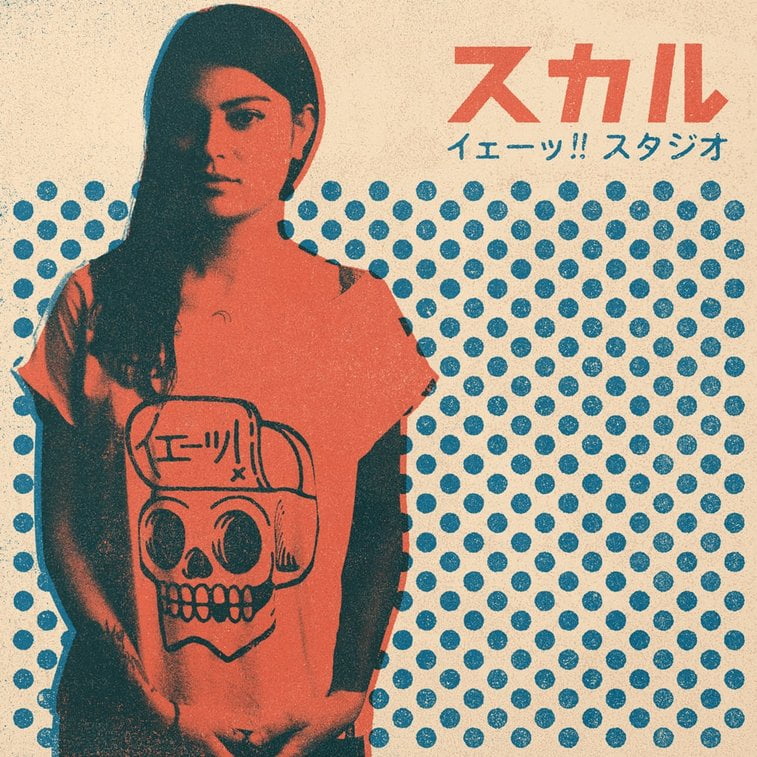 Yeaaah! Studio is an independent French design studio and apparel brand, renowned for its vintage aesthetic, producing quality clothing, accessories and art prints. Today we meet the man behind the name – Stéphane Casier.

Stéphane owes his profession to Japanese pop culture, the influence hugely visible throughout his artistic works, however, his style is a perfect mix of various art movements such as manga, tattoo art, graphics from the 50s and the 60s, and 19th-century posters.

We had the pleasure of chatting with Stéphane about his artistic path and influences, life in the art capital of the world, and fatherhood. For more Yeaaah! Studio’s works, check out their website, Facebook, Instagram, Pinterest, and Behance profiles.

PS: How is learning Japanese going?

YS: I studied Japanese for about 2 years but was too busy to continue so I had to stop in 2016, unfortunately. Now I don’t have much opportunities to practice except when I’m visiting Japan and I already forgot so much during the past years so I really miss studying! 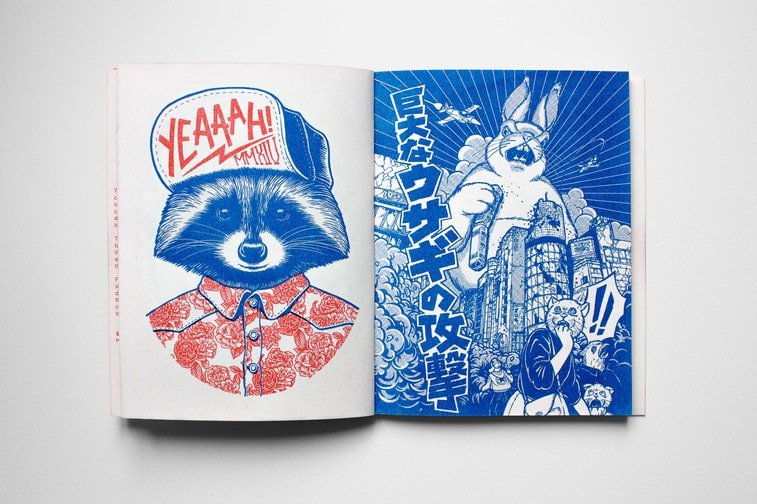 PS: Has Japanese culture influenced you somehow else, perhaps through music, films…?

YS: I probably wouldn’t be a graphic artist at all if it wasn’t for Japanese pop culture. I learned how to draw by copying my favorite manga artists back when I was a child in the 80-90’s and it’s still my main influence today. Every time I visit Japan I come back with lots of inspiration and ideas for new designs. Japan is basically a giant candy store for my eyes. 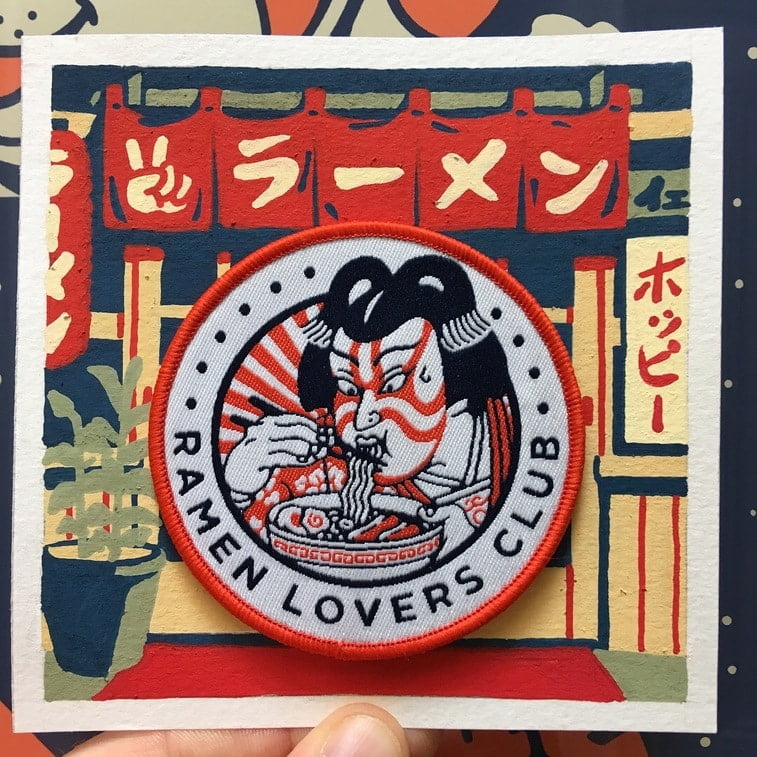 PS: Paris is the city of art. How good of a host it is for graphic designers?

YS: It’s a great place for graphic designers. There are lots of museums, galleries and book stores, you can attend major events and exhibitions, and the city itself is beautiful. There is so much to see in its streets in terms of architecture, sculpture, and design in general. Back when I started in 2005, you basically had to move to Paris to have interesting job opportunities. I come from a small town in Normandy and I know I wouldn’t have had the same career if I hadn’t left. All the big companies are in Paris – advertising agencies, record companies, music venues, movie productions, etc… And it’s easier to work with them if you can drop by their office anytime. It’s just more convenient. 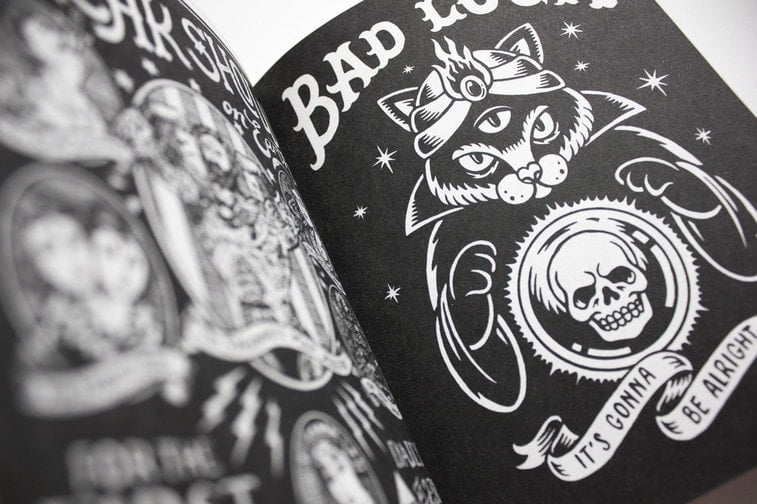 But for the past decade it has changed a lot – at least for freelance designers. With the internet and social media it has become way easier to get big projects wherever you live. Paris is so expensive that many people would rather live in smaller towns and just come for big events or exhibitions. That’s part of the reason why we moved to the south of France in September 2018. We didn’t want to raise our kid in a small apartment in an over-crowded city. And since we can work from anywhere there was no reason for us to stay (except family and friends of course!), so we just left and we don’t regret it.

PS: How breaking apart with Pierre Tatin affected the evolution of Yeaaah! Studio?

YS: I think it just liberated something in my mind. Now that I was alone I could do whatever I wanted. Pierre and I talked on multiple occasions about releasing t-shirts but never did it. I took the leap a few months after he left and it was the best decision I made in my life (this and registering at behance.net at the end of 2013) because my career took another path at that very moment.
But I’ve learned a lot with Pierre during the 6 years we worked together (2006 to 2012). He’s an amazing artist and definitely the only one I could have teamed with for such a long time. 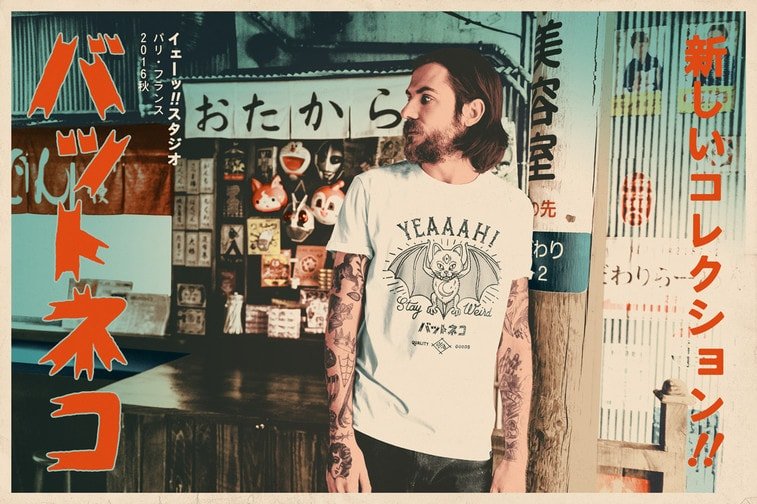 PS: How did it feel leaving the world of custom-made works and begin doing the works for your soul?

YS: It felt and still feels damn good! My mom always said I could never be employed in a company and she was right. Besides a few summer jobs during my studies I’ve always been a freelancer. I’m very passionate about what I do and having to please a client no-matter-what can be very difficult for me. I actually even dropped a few projects because I was not okay with what I was asked to do. I value integrity more than money so I can’t put my name on something I’m not proud of.
Now I only design what I want and manage to make a living out of it. That’s the dream! 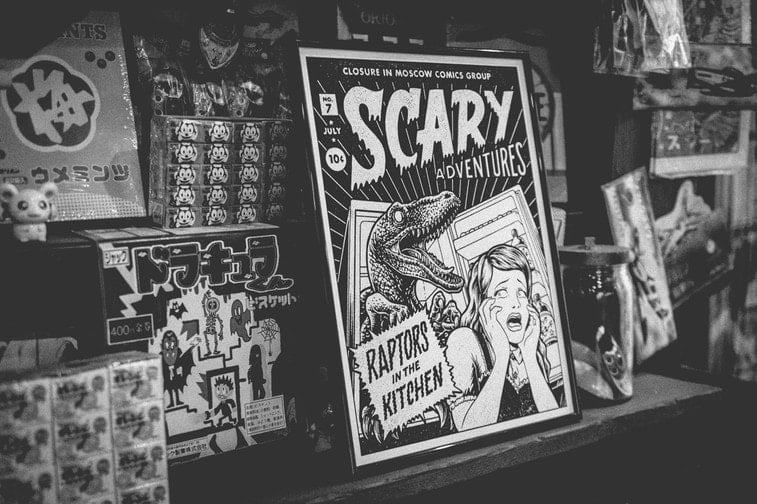 PS: When faced with an artistic block, you withdraw from the project for a few days, and then return to it with a fresh mind. Is there fear when inspiration lacks?

YS: Back when I worked as a freelancer, I sometimes felt anger more than fear. Anger against myself for not finding the right idea. But that anger has almost totally disappeared after I stopped working on commissioned projects. I still want to kick my own ass when I’m not able to draw something the way I want it to look but I’m a perfectionist so I guess I’ll never change. 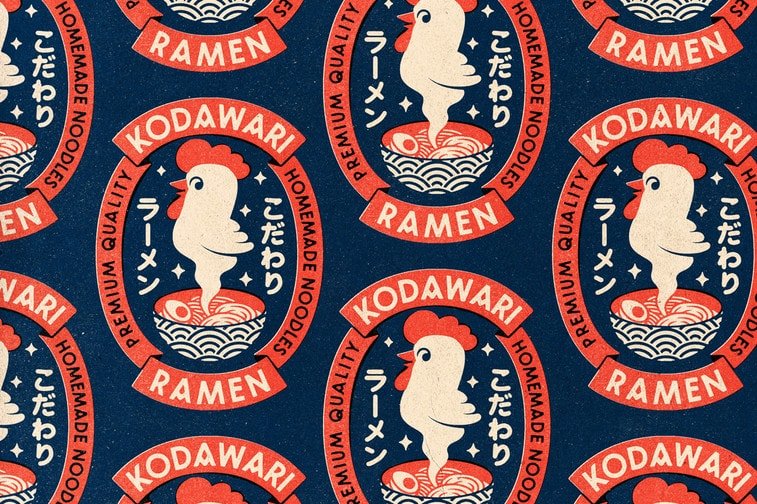 PS: How come red/orange as one of the Yeaaah! Studio’s central colors?

YS: It comes from my love of vintage magazines, products labels, and posters that were often printed with only 2 colors. Most of the time using just a dark color (black or blue) and a bright one (red or orange). As I’ve always struggled with colors I took inspiration from those small color palettes. 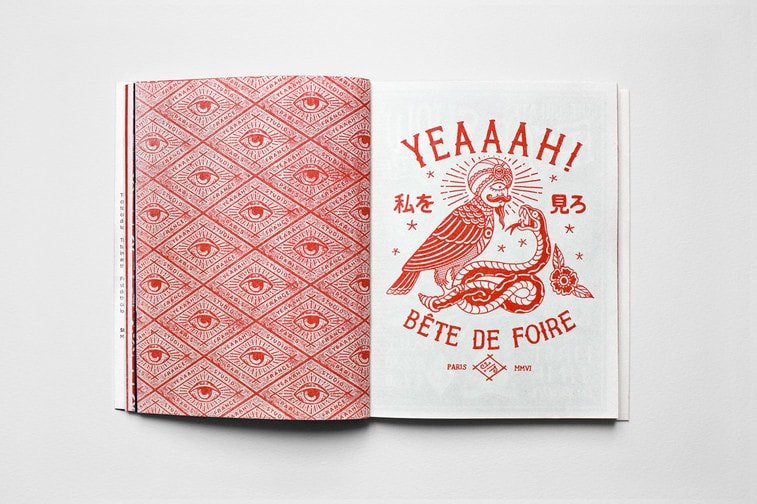 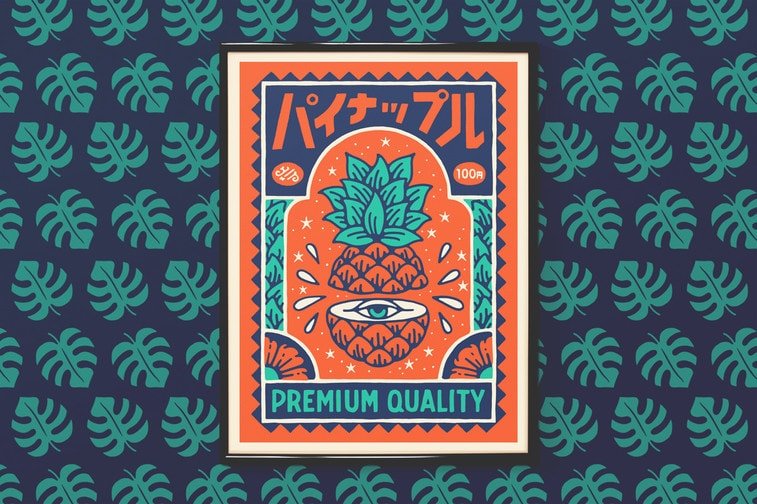 PS: You’ve noted various influences on your works, such as manga, tattoo art, graphics from the 50s and the 60s, 19th-century posters…How do you choose between styles in a particular design, and how do you fit those styles together?

YS: I don’t really choose. Most of the time I have a clear idea in my mind of how I want a design to look and the vibe it should convey. Then I just try my best to make this idea a reality. I think all my main influences have blended together into my own style and it all comes naturally when I work, but if I want a design to be a nod to a specific style or era I will use references. For example, if I want an old sign vibe I will look at pictures of old signs and try to capture the essence of the style. Same thing for manga, tattoo, or any other graphic style. 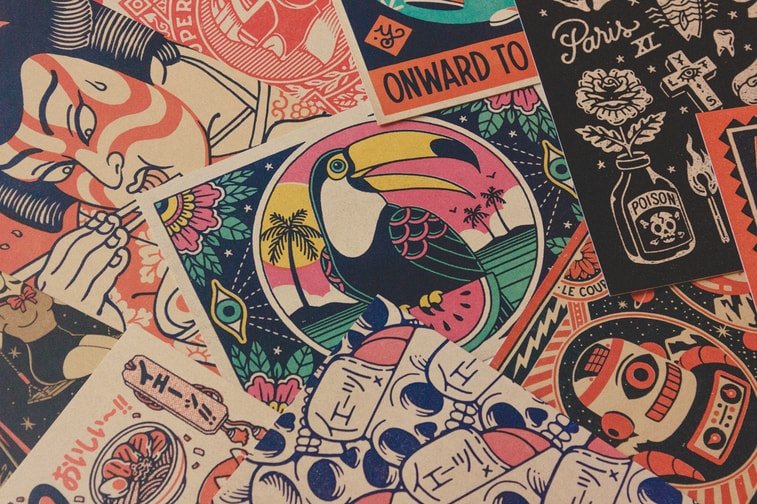 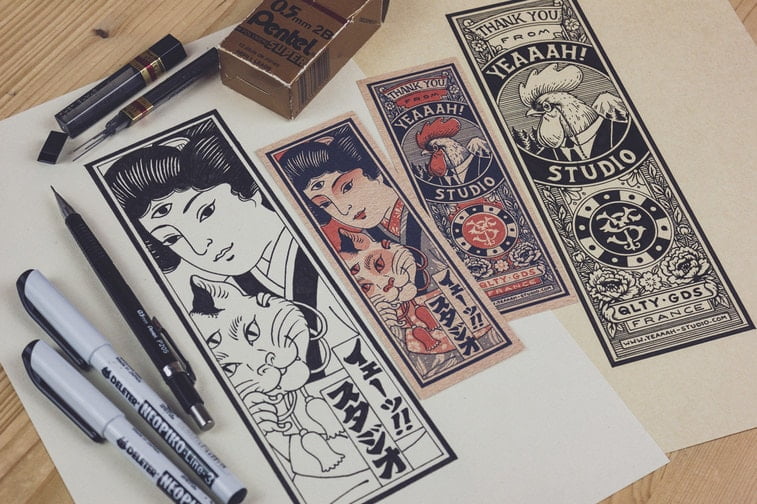 PS: Human characters shoulder to shoulder with different creatures, animals, and ghosts is something you’ve remarked as your inspiration. Do you believe people are generally incapable of coexisting with those different to themselves?

YS: I think most people can coexist but those who can’t are more visible because they tend to speak louder. A simple example of that are the online reviews you can now read about anything. Most of the people that had a good or regular experience at a restaurant or a local store won’t necessarily write a review about it, but when it comes to bad experiences some will even register on a website just to complain about it. People can do crazy stuff because of their hate of something or someone, and that’s what the media will show. 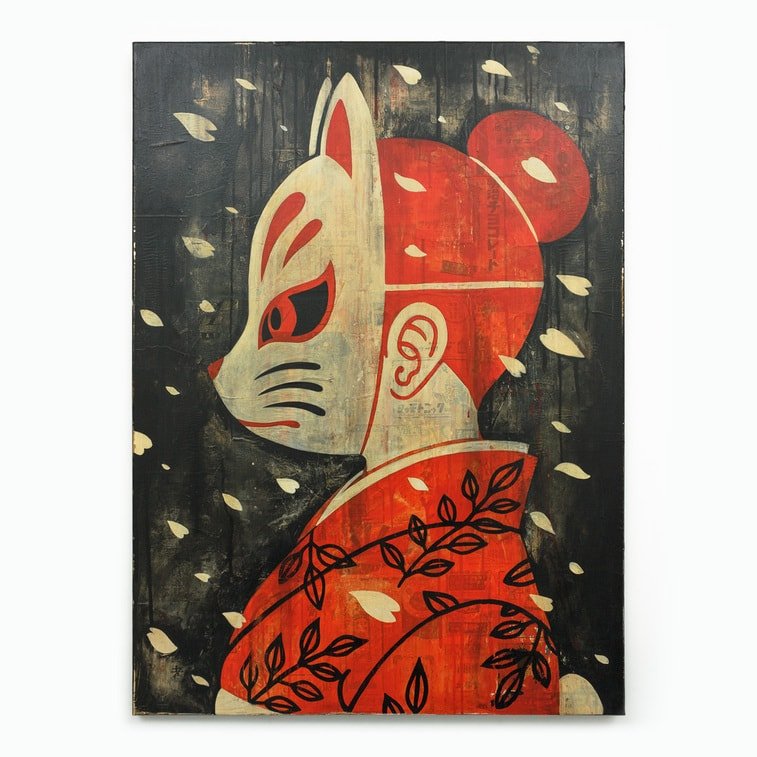 PS: On November 22nd in Le Phare Limoges opened an exhibit in which your designs were displayed as well. Congratulations on that. What works of yours can visitors expect there and how do you feel about the exhibit?

YS: Thank you! This was actually my very first exhibition of paintings. I hadn’t use acrylics since art school but wanted to try again so I started painting in 2017 and it felt great! I mostly work on cotton canvas or wood and mix acrylic with collage sometime. I had a series of portraits that I wanted to show so I was very happy to be offered to take part in this exhibition. Most of the paintings were done in 2018 but I did 2 more specially for the show. I really loved showing my work this way and being able to talk with the visitors so I definitely want to do more. 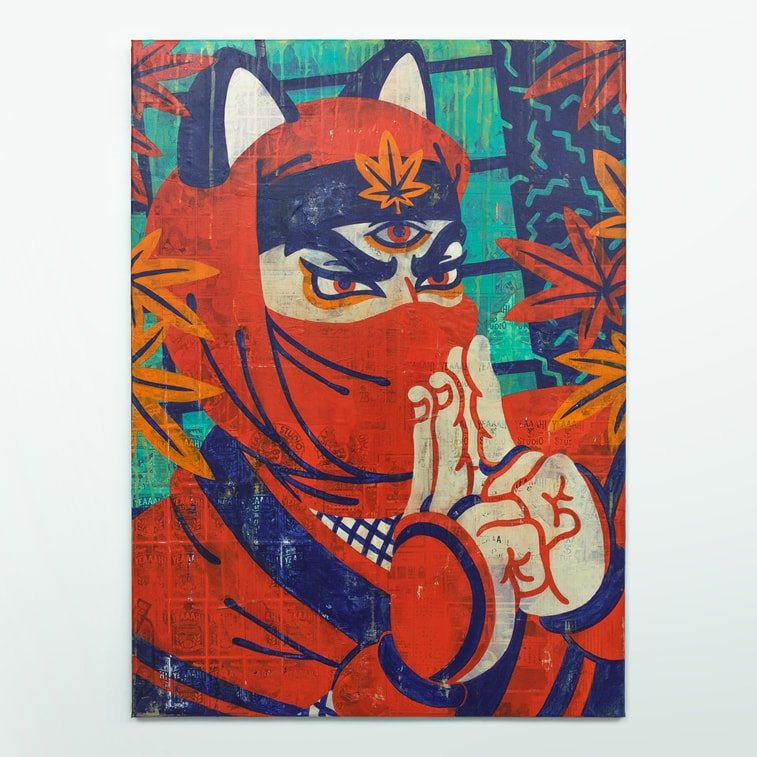 I will have a piece on display at the Power in Numbers 5 group show at Gallery Nucleus (Portland, USA) in February and another one at the Yokai! Yokai! group show at Outré Gallery (Fitzroy, Australia) late March.

YS: I used to be a musician myself so I’ve always loved doing record artworks, especially vinyls. As a teenager, I could literally spend hours looking at my favorite covers and for my art school graduation project I created a fake band for which I designed 2 records, a live DVD, and merchandising. When I moved to Paris, I made a portfolio and went to show it to the creative directors of the major record companies. Obviously I never passed the front desk, they all turned me down. But at least I tried! And ironically some of these companies asked me to work for them a few years later. That was a dream come true. 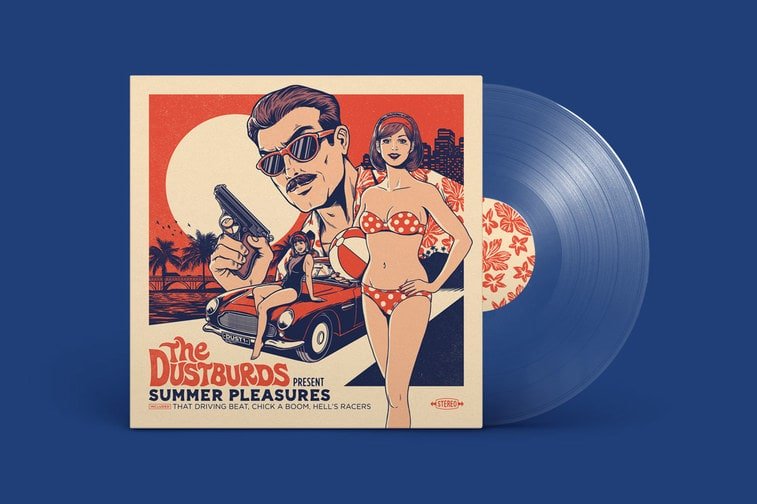 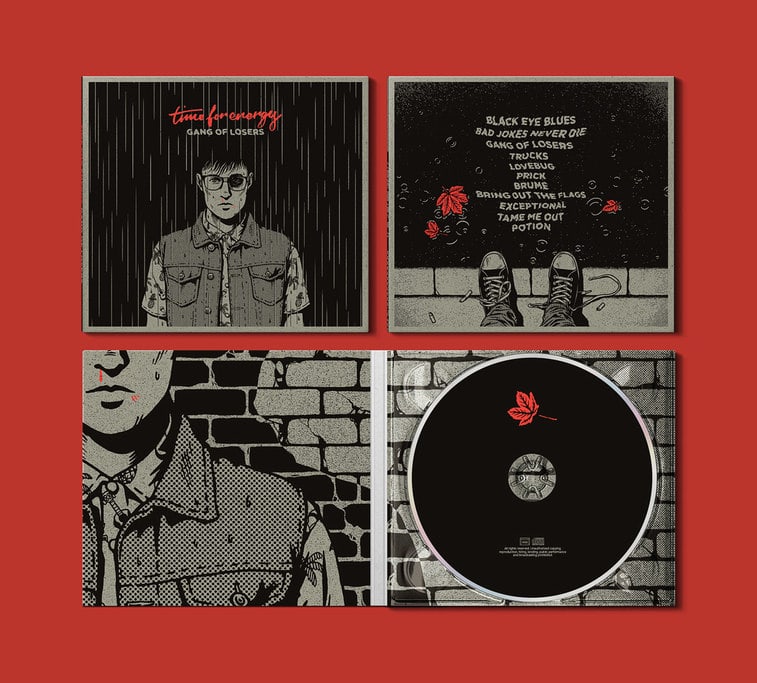 PS: Your products sell quite well. Are you puzzled with the popularity, or lack of it, for some products?

YS: Yes, absolutely. I never know if a design is going to be popular or not, that would be too easy! I’ve had great surprises and very big disappointments, but it’s part of the game.
I try not to think about what our customers would want to buy or what kind of design they would love because I want to keep creative freedom and stay true to myself. But in another hand we own a brand and have products to sell, so I can’t take too big of a risk either. That’s a balance to find. 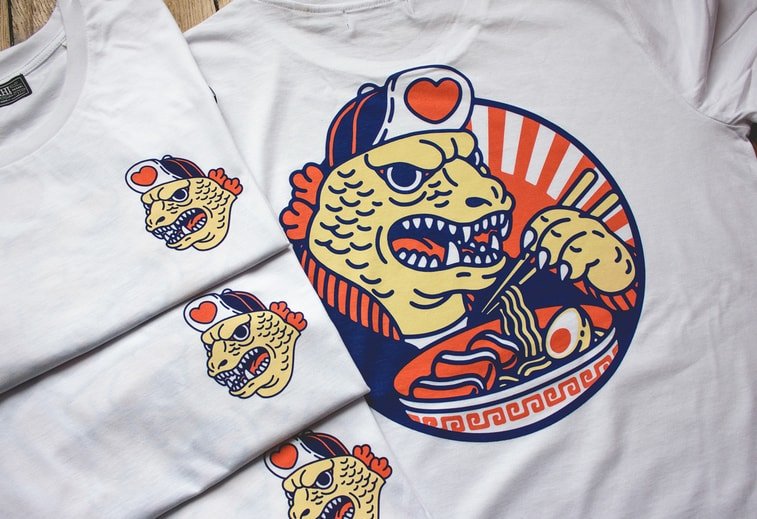 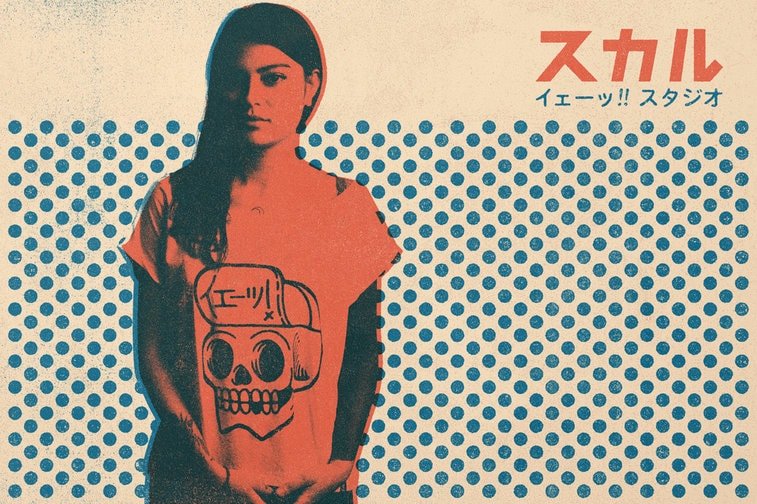 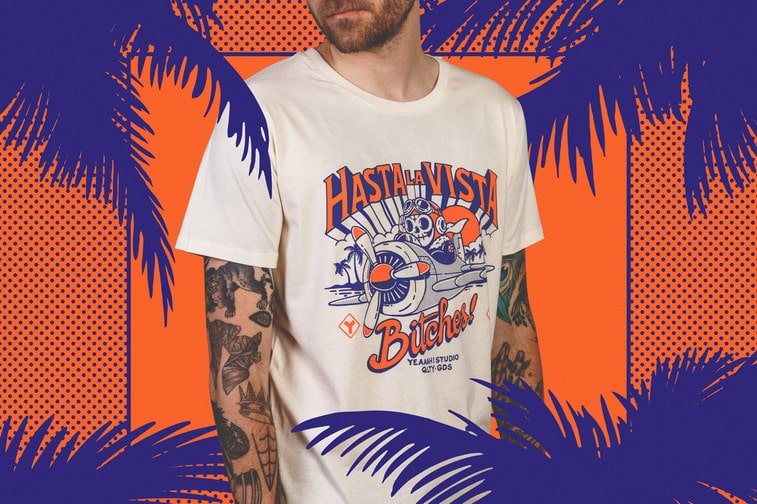 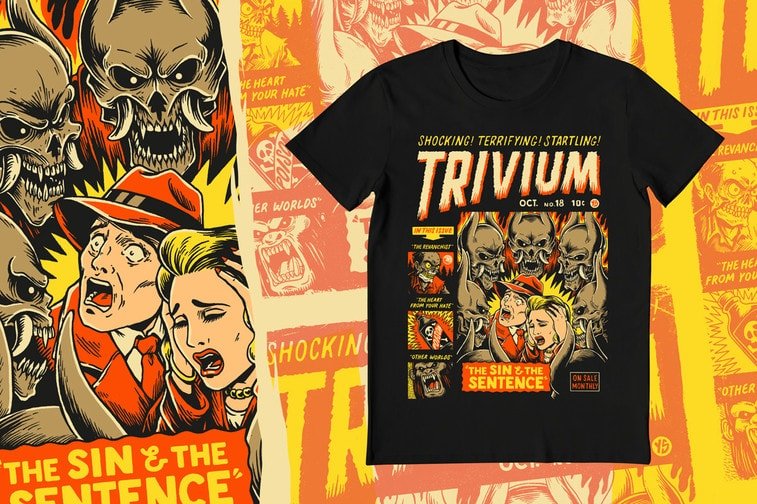 PS: You recently became a father. Has it affected your art, do you have enough time to work?

YS: Well, a close friend of mine made me notice that I started designing cuter characters when Laura got pregnant. I don’t know if it’s related but that’s a fact. My style got rounder and simpler over the last few years. But maybe it has just to do with the fact that I went back to my roots and am now fully embracing my very first influence, which is Akira Toriyama’s work (creator of Dragon Ball and Dr. Slump) and more widely Japanese manga/cartoons from the Showa era. 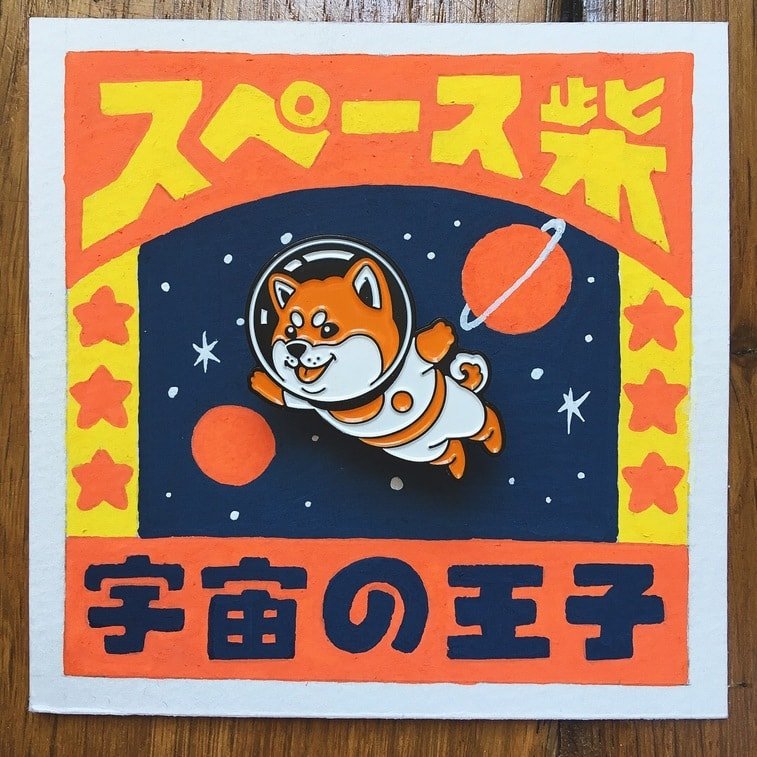 As for having enough time to work, the answer is clearly no. Our son just turned 14 months and until now we personally took care of him every single day. We made the choice of keeping him with us as long as we could instead of letting him at a nursery or with a nanny, so for the past year we kind of worked part time: one day I’m with our son while Laura is working and the next day we switch roles. During the rush periods I have to let Laura work more days than me because she has lots and lots of orders to package and send out. That means I almost didn’t work at all during the holiday season. That was great because I could spend time with our son but also a bit frustrating because I have so much to do! I try to work at night when he sleeps but it’s tiring as hell.
We’re currently in the process of changing this and a few weeks from now he’ll be with a nanny 2 days a week so we can work a bit more. 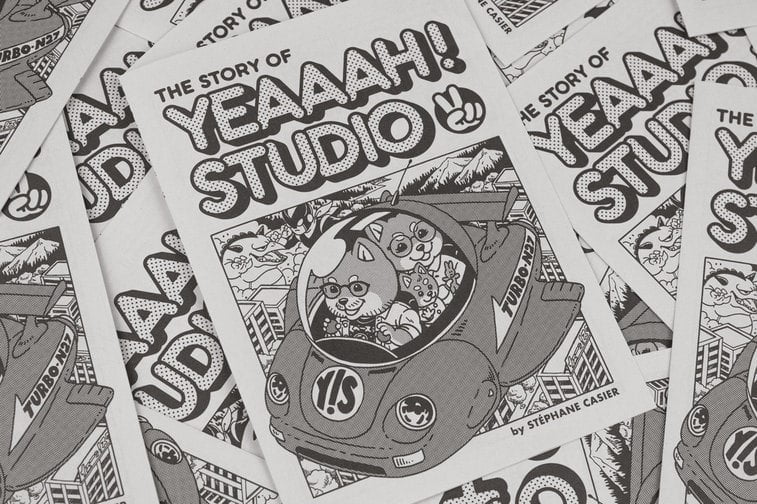 PS: How do you pass on the art to your child?

YS: He’s a little too young to draw but he loves picture books and he seems to really enjoy some of our characters like Space Shiba, Kappa, and the Cuties, so it’s a good start! I can’t wait to draw stuff for him to color it. 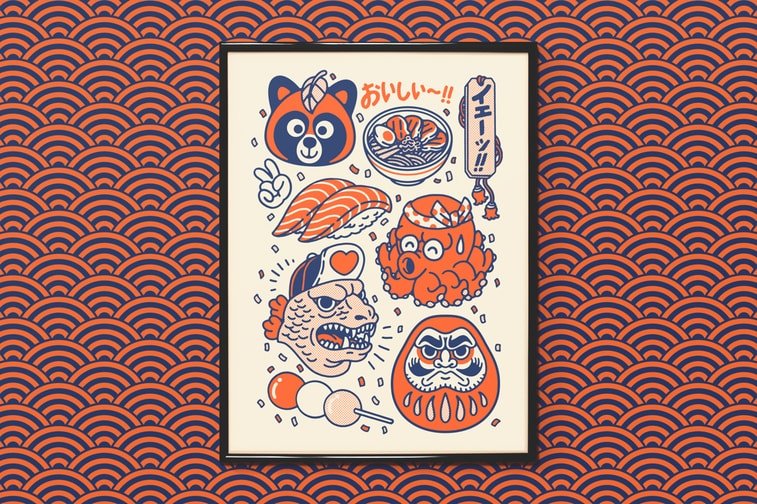 Thank you Stéphane, it’s been a real pleasure having you here.